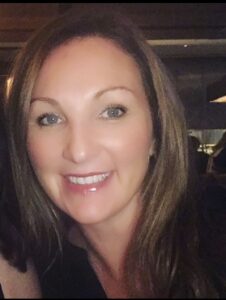 Mrs. McInerney began her career outside the education world, on Wall Street. Working in the legal advisory department at Merrill Lynch Asset Management for over a decade, she held a VP role in her final years. However, having grown up in New Jersey, and having a strong desire to work with young people, she changed careers. Earning an M.A.T. at Monmouth University, she joined the staff of St. Catharine’s Catholic School in Spring Lake, where she taught both grade K and middle school English. Earning a second master’s degree at Seton Hall in Education Leadership Management and Policy, she later become Assistant Principal at St. Catharine’s.

Mrs. McInerney had already been part of the Asbury Park community for many years, where she and her husband, Tim, owned and ran multiple businesses and raised their six children. So, when the opportunity arose to lead a new school in town, entering its second year, it was an easy decision. Ever since, CAPS Asbury has been under the leadership of “Mrs. Mac” (as she is called by many scholars, family members, and staff).

An unhesitating manager and aggressive problem solver, Mrs. McInerney’s leadership is built around a strong passion to provide high-quality education to young people who live in places that are often unfairly underfunded. With a practical, down-to-earth style of collaboration and decision making, Mrs. McInerney ensures on a day-to-day basis that CAPS Asbury remains a supportive community where all staff, scholars, and families feel valued and connected, especially during difficult times. Finally, as a longtime athlete herself (with a particular love for basketball), Mrs. McInerney is the school’s biggest sports fan! 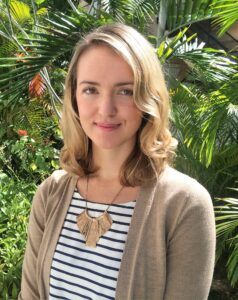 Ms. Hancock is dedicated to providing a high-quality education to all scholars through personalizing the teaching and learning process in collaboration with the middle school teaching staff at CAPS Asbury. Drawing on her experience and strong judgement, she provides school-based support for collaborative teams, data analysis, and school climate. She also enhances the CAPS Asbury leadership team with her organizational and scheduling skills.

Ms. Hancock joined the College Achieve Greater Asbury Park team in July of 2018 as an English Language Arts teacher for some middle school grades. Through her previous work with Talent Development Secondary (TDS), a comprehensive school reform model from Johns Hopkins University, Ms. Hancock built effective teacher teams with a focus on tiered student interventions. Prior to her work with TDS, Monica was an English teacher with classroom experience in Miami, Seoul, and Dubai. She holds an MS in International and Intercultural Education from Florida International University, a BA in Literature from the University of Miami, and NJ and FL state professional educator certifications for Supervision and ELA.

Ms. Canzoneri wears multiple hats at CAPS Asbury. Her primary focus is to provide guidance and support to the elementary grade teachers and their scholars as they take their earliest steps on the path to college readiness. She also works frequently with parents and families to make sure that scholars can learn. In addition to this role, she also acts as the ELL Coordinator, making sure that English learners at CAPS Asbury continue their academics during the critical years of language acquisition. Finally, Ms. Canzoneri’s role at CAPS Asbury includes a variety of other leadership responsibilities, where her sharp eye, collaborative spirit, and speedy communication habits help make sure small but important things “get done” right and on time.

Ms. Canzoneri has been with the CAPS organization since the beginning, when she was the founding Grade 2 Team Leader at the first CAPS school in Plainfield. When CAPS Asbury opened its doors, she transferred and became founding Grade K-1 Team Leader, a role which evolved into its current form. Prior to teaching at CAPS, Ms. Canzoneri was a leader of multiple grade levels for Orange County Public School in Orlando, Florida, for 12 years.
Ms. Canzoneri earned a Bachelor of Arts degree in Psychology from Rosemont College and a Master of Arts degree in Elementary Education from the University of Central Florida.